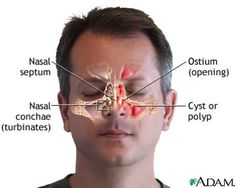 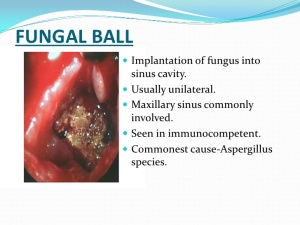 Symptoms can also include a thickening of mucous consistency, bone destruction, and fat stranding outside the sinuses. Anti-inflammatory treatments are often necessary to reduce the reoccurrence of the fungal debris after it has been removed. As with all treatments finding one that is from a natural source that is effective can be challenging. This is where Manuka honey comes in. In a randomized control trial, Thamboo and associates created a Manuka honey nose spray which they tested on 34 patients with diagnosed AFRS. The results showed that 9 of the 34 people responded to the treatment and they indicated that they had improvements in their symptoms while receiving the honey spray. Although it didn’t show that that their was a global improvement of the disease itself it did reflect that some patients showed significant positive responses and opened the door to further research on Manuka honey’s use in the treatment of AFS.

Thamboo A., Philpott C., Javer A., Clark A. Single-blind study of manuka honey in allergic fungal rhinosinusitis. Journal of Otolaryngology. 40(3):238-243