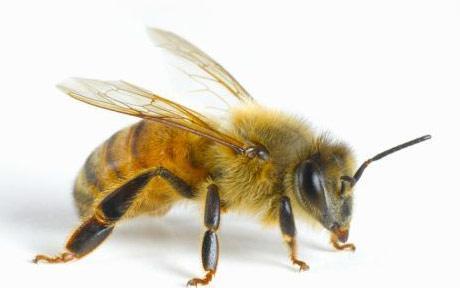 The first thing you might think when you hear that a product contains bee venom is that the bees are harmed in the collection. However, the good news is that since the 1960’s a non-invasive method has been used to extract the venom. It’s called elctro-shock collection but its not as bad as it sounds. This method involves stimulating the bees with a light wave of electricity. This small distruption causes them to sting a tray positioned outside the hive. This tray contains a glass plate which is covered in a light membrane. The bees can penetrate this light membrane without losing their stingers. Reasearch has shown me that bee’s stingers are generally only lost when a bee stings an animals with tough skin such as ours and with the loss of the stinger they also loose vital nerves and muscles bringing about their demise. Electro-shock collection is a technique that is safe for the bees and does not destroy the colony by killing off vital members of the hive. Previous methods however were not so bee friendly, they included surgically removing veenom sacs or lightly squeezing each bee until a small drop of venom was released. Yes, no lies, that is actually what people did prior to the 1960’s.

But why go to all the trouble of removing these micro amounts of bee venom from millions of bees a year? Because bee venom although 88% water contains other various enzymes, peptides and amines which have anticoagulant and anti-inflammatory properties. These various elements are then used to prevent illness, promote healing, treat arthritis, and joint disease.

Studies have shown that one of the particular elements that lends the most benefit for arthritis is the phospholipase A2. This enzyme stimulates both the enzyme and immune system of the body in a way similar to the common drug cortisone thus helping to reduce inflammation in joints and muscles. In one animal study where Bee Venom injections where given over a period of 8 weeks the arthritic symptoms decreased by 31%. But this is not the only positive for bee venom. In a review of 11 articles on Bee Venom treatment, by Lee, he confirmed the effectiveness of the use of bee venom in acupuncture when compared to acupuncture without any additional agents, for the treatment of musculoskeletal pain in patients.

Now your probably thinking “well how am I supposed to find someone to give me bee venom injections or acupuncture? The good news is you can purchase bee venom in other more accessible forms. One such form is a topical ointment. These ointments should be sourced from a reliable company, such as Pacific Resources, as potency will vary considerably between brands. Bee venom ointment can be used for both joint pain and wrinkles. Since bee venom is a toxin; it tricks the skin into thinking it’s been damaged which stimulates repair and growth resulting in plumper skin. But please use your common sense when trying out Bee Venom for the first time and apply in a small test area on your hand or foot to make sure your not allergic.