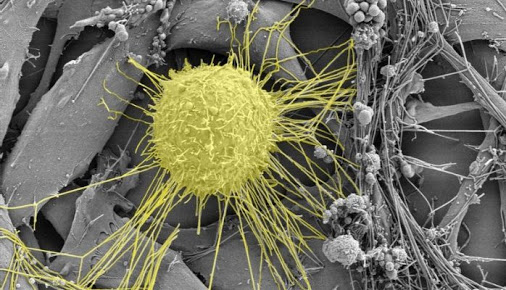 Prostate cancer is a commonly diagnosed cancer in men, and it is the second leading cause of death due to cancer in men in the European Union and in the USA. Unfortunately, prostate cancer’s behaviour is mostly unpredictable, and has a longer progression to malignancy and metastasis than some other cancers. However, it is this longer progression that provides broader possibilities for its managements, including the suitability for the use of chemopreventive agents for intervention. Chemoprevention is a rapidly growing area of uro-oncology, which focuses on prevention of prostate cancer by using naturally occurring or synthetic agents. A recently popular chemoprevention agent being studied for use in treatment is propolis. Propolis, is a multicoloured bee resin, that contains a variety of different chemical compounds, including phenolic acids or their esters, flavonoids (flavones, flavanones, flavonols, dihydroflavonols and chalcones), terpenes, aromatic aldehydes and alcohols, fatty acids, stilbenes and β-steroids. However, propolis cannot be used in its crude form and must be purified by extraction, many companies use an alcohol extraction and it is this form that has attracted researchers’ interest in the last decades. Multiple studies demonstrate that the flavonoids, phenolic acids, as well as EEP found in propolis inhibit cancer cells proliferation and tumor growth and help to induce cell-cycle arrest (inhibits cell from dividing irregularly) and cell death. The compounds in propolis improve the bodies ability to recognise and deactivate cancer cells by promoting and increasing a protein called TRAIL found in the body. EEP along with the phenolic factors of propolis were discovered to inhibited growth and induced cell death of prostate cancer. Both of these compounds increased prostate cancer cell death by over 50% when levels were at appropriate amounts, for example EPP was dosed at 50 micrograms/mL. Although more research is needed propolis is showing substantial evidence in in vitro studies as a successful Chemoprevention agent as time and time again it’s use in studies results in increased cell death of prostate cancer cells. But be wary of where your propolis comes from. Most companies and even countries do not guarantee or rate their propolis and it’s content varies by region and environment. New Zealand’s propolis is the only sources of graded (regulated) propolis. It unlike others has a guaranteed potency. New Zealand propolis provided by Pacific Resources International is certified with the trademark CPL (certified propolis levels)  and is guaranteed to contain either 15mg or 30mg of pure propolis in each serving, giving you the best each and every time you consume it.